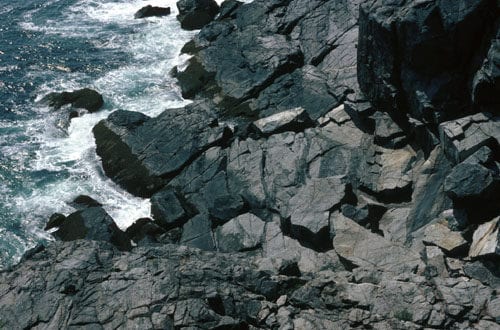 When we do not function naturally anymore but instead use our senses, we do something. We do something in seeing, we do something in smelling, we do something in hearing and tasting. Actually, this is how we are educated. When the mother says to the child, ‘Doesn’t this taste good!’ (lipsmacking sounds) or ‘Listen to the airplane!’ (looking up strenuously), etc., etc. – this mother, with the best will in the world, begins to disorient and distort the sense perception of the infant. And this distortion is increased when educators force a child to answer immediately and as correctly as possible. Much pressure is put upon the child to respond as people want him to. We come into the world and soon learn to feel we always should be doing something instead of simply being open for what presents itself at the moment. You may understand now how important it is that we learn to give up this doing. But how can one bring this under the skin of a person?

It is not so easy. For the organism has become accustomed to this ‘doing’ while perceiving and has built up effortful habits which block this very openness. This is one of the ways we create resistance within ourselves to the organism’s very own ways of functioning. Let me mention just a few of such natural functions: breathing; circulation, digestion, organic functioning, movability and soon. We usually call these hindering manifestations ‘tensions’ or ‘strain’. It often goes so far that we become numb in such blocked regions, or that pains develop.

Sometimes you see in the circus a man with overdeveloped biceps who throws a sharp knife at his arm. The knife strikes and jumps back. In other words, it does not penetrate. Now imagine that we become aware of such restrictions which come from hard effort. We say: ‘Oh, I am working too hard. I am making too much effort. I have to let go. This is the answer: I have to let go!’ We call it relaxing. So we let go, if we can. But it isn’t done by just letting go. We often let go too much. We not only give up the unnecessary doings, but also the very necessary healthy tensions, our vitality which we dearly need in living. We become limp, lifeless, heavy. And this is often worse than before, when inner restrictions were still there.

In such a lifeless condition the fine self-directing and renewing process of the organism cannot start up because we have given up too much. The change demands something quite different. As we very gradually give up the restricting tendencies, we feel how with the diminution of this inner straining and tensing the wells begin to flow and fill up the gaps. And there where restrictions hindered, gradually the life activities start filling in. And so recovery, recreation, begins to happen.

Can you go with me? Does this make sense to you? This ‘letting go’ stuff is just something which we have figured out in our minds. Because if we really would sense, really would be present in what happens, we would feel how lifeless, how depleted of energy, we have become. When one has ‘looked’ in order to see, has ‘listened’ in order to hear, has ‘sniffed’ in order to smell, has made an effort in order to think, one does not know at all that one is constantly hindering the innate capacities of the organism from coming into play.

So when I come to you with an invitation to allow more ease here or there, I do not mean that you simply let go, but that you enter a way, a path which you can only take step by step. In this work of transformation, when you follow anything at all, you follow only your sensations, the natural tendencies of the organism. And to be able to follow these inner needs we have to be awake.

There is a kind of awakeness, a boundless awakeness, in which we don’t go around and around with our thoughts, but which arises from quiet, in which we really can experience. When our mind is full of effort and thoughts, it’s like when you want to go to a lavatory and there is a sign which says ‘occupied.’ You can’t go in; it’s occupied by somebody else. The trouble is only that our mind does not say ‘occupied,’ but we press our thoughts one after another into the space which is already occupied with something else. You can see how un-fulfilling such an attitude must be.

And so when an invitation reaches you to permit the thoughts gradually to come to more rest, and you allow that, then a process can start and restore you while your efforts begin to decrease. Then your head gradually clears, and at the end you are awake and feel wonderfully released, and everything in you can function.

I would like to finish this little explanation with a remark that Elsa Gindler, my teacher, once made. When we would say: ‘Ah, I feel so marvelously light,’ or ‘Oh, I could run and do anything in the world’ – and I would say, ‘What a deep awareness!’ and ‘How one can grow with something like that!’ she said, ‘Charlotte, don’t make such a fuss. You simply function a little bit more normally.’

So what I have to offer you is nothing but that you begin to give up what is hindering you, and you become ‘a little more normal.’